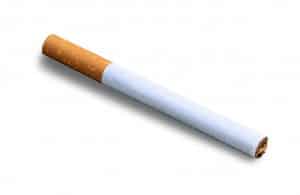 £74 million Is NOT The Total Cost To The Tax Payer

The cost of £219 per successful quitter is not the final cost though. This amount of money just covers the SUPPORT people quitting smoking receive in the form of helplines, websites and clinics and support groups.

The cost of the actual nicotine replacement therapy or drugs like Champix and Zyban, are NOT INCLUDED. Norman Lamb, Liberal Democrat health spokesman said: “The Government is wasting NHS resources which are vitally needed to save lives. It’s extraordinary that more money is being spent for worse outcomes."

NRT Has A Huge Failure Rate Over A 12 Month Period

Despite this high failure rate - 94 per cent - the NHS has paid Novartis, Pfizer and GlaxoSmithKline around £80 million for patches and other forms of nicotine therapy since they became available on the NHS prescription four years ago, and spent a further £90 million on smoking clinics that rely heavily on NRT.

But the Wanless report says that despite all the efforts to tackle the problem, including heavy investment in NRT, the number of smokers has remained relatively stable over the past ten years, at around 27 percent of the population, and anti-smoking efforts have not been successful.

All that money spent for no real improvement. Who is benefiting from the continuation of this policy of NRT being the favoured method of stopping? NRT critics point out that nicotine patches, gums and lozenges make hundreds of million of pounds a year for drug companies but help only a tiny fraction of smokers give up.

"Double" Your Potential Success to A Whole 6%

Manufacturers say NRT is clinically proven to 'double' a smoker's chances of giving up. But critics point out that this is still only an improvement from three percent with no assistance at all to six percent with NRT.

Despite this high failure rate - 94 per cent - the NHS has paid Novartis, Pfizer and GlaxoSmithKline around £80 million for patches and other forms of nicotine therapy since they became available on the NHS prescription four years ago, and spent a further £90 million on smoking clinics that rely heavily on NRT.

Over the next three years the Government plans to increase funding to these clinics by £138 million. Health Secretary John Reid, the Government-funded QUIT campaign and the anti-smoking lobby group ASH all defend the use of NRT as the centrepiece of all publicly funded quit-smoking programmes.

Isn't it about time that other methods of stopping smoking were examined? Hypnotherapy has had remarkable success stories attributed to it but because hypnotherapy is a collection of methods, delivered by an individual to another individual it is very difficult to produce a double blind study showing conclusively that hypnotherapy is effective.

Despite these drawbacks there is research that shows that hypnotherapy could have an up to 85% chance of success as opposed to the 6 or 7% success given to NRT.