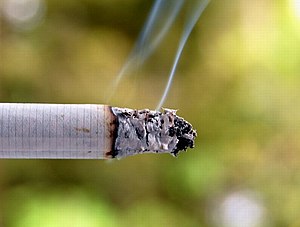 A study conducted in America among 3,300 smokers has found that 28% of people would try and quit smoking cigarettes when they discovered that their second hand cigarette smoke could harm their pets. The study found that many pet owners were "devoted to their pet and that this devotion could be tapped into to spur people on to stop smoking for good.

I try to be as positive as I can in what I do and how I do it but when I read about this report I had a huge amount of pessimism about just how effective it could be to focus on the effects of smoking on animals.

My first problem is with how the study was done (or reported on at least). People who were smoking in the home were informed that they may be contributing to their pets becoming ill and 28% said they would try and stop.

"Try" is a word I use frequently in my hypnotherapy sessions. I use it when I want someone to fail at something. I often say things like "You will find your eyes are so heavy that no matter how hard you try you will not be able to open them." So for pet owners to say they will try just suggests to me that they will fail.

If You Don't Quit Smoking For Yourself Would You For A Pet?

The second thing I thought when I read about this study was that it was highly unlikely that a pet would actually help or make someone stop smoking. I am guessing that many of the respondents have children but they still smoke. No matter how much you may love Fido or Tiddles you are still more likely to stop for a human especially when it is your child.

Finally, all these people are adults who smoke. Chances are they also know a fair bit of detail about the potential health effects of being a smoker. And yet they carry on smoking cigarettes. If they haven't stopped smoking to protect their own life they are unlikely to do so because of their pet.

Anything that can help people to stop smoking in a constructive and lasting way should be looked at and if anyone stops smoking because they want to stop their cat from getting lung cancer that is fantastic but if they stop using the cold turkey method to save their cat's health there is a very high chance of them starting again to cope with the loss of their cat when it dies. Especially as they won't have that reason to stay a non-smoker!

Stop Smoking Hypnotherapy In Sheffield: Focused Hypnosis could help you to stop smoking. When you address the psychological reasons behind smoking and gain some subconscious insight into the alternatives then you have a great chance of becoming and remaining a non-smoker. You have an up to 65% chance of becoming a non-smoker when you get hypnotherapy.