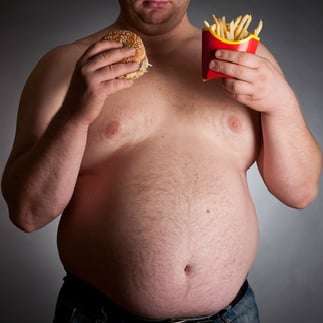 And Closer can reveal 5ft 4 Kerry has told friends that her secret to success when it comes to her healthy eating choices and weight loss is hypnosis.

A friend reveals: “She visited a hypnotist up in Cheshire and, since then, she seems to have found it really easy to stick to her healthy eating and exercise plan. She’s bouncing out of bed early to go for a jog, going to the gym and choosing healthy snacks.

“Kerry says she’s gone right off all the junk food she usually loves and says keeping the weight off has left her feeling better – and sexier – than ever.” The mum-of-four is well known for her yo-yoing size – after liposuction took her from a size 14 to an 8 in 2008, Kerry shrank to a 6 in 2009. But her diet of Bran Flakes, salad and protein shakes proved unsustainable and, within months, she’d regained the weight, going up to a size 14.

NHS Boss Says Overweight Doctors And Nurses Should Slim Down

Increase Your Pride In Yourself By Changing Your Diet 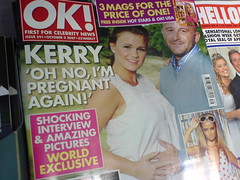 In 2010, Kerry confessed life with her second husband, former cabbie Mark Croft, 41, contributed to her poor diet, saying: “With Mark, I used to eat loads of curries and takeaways. I had no pride in myself and I didn’t give a sh*t, so I ate anything.” Kerry, 31, credits Closer for turning her life around and helping her ditch drugs and her destructive relationship with Mark after we sent her for a stint at a bootcamp in 2010.

But she gained weight in the Celebrity Big Brother house in 2011 and returned to bootcamp with Closer this January, where she dropped from 10st 4lbs and a size 10-12 to 9st 4lbs and an 8-10. But, despite slimming down, Kerry admitted at the time: “My weakness is when I go out for dinner with my kids. I’ll order a chicken salad, but I can’t help but pick at the kids’ leftover chips!”

But by the end of February, Kerry – who’s battled booze and drug problems in the past – was a slim and toned size 8-10 and weighed 8st as a result of daily five-mile runs and two-hour workouts with a personal trainer. Now sources say since having two, two hour-long hypnotherapy sessions, Kerry – who’s had a breast reduction and breast lift in the past – is finding it easier to maintain her healthy lifestyle.

Weight-loss hypnotherapy involves implanting subconscious messages to remind you to stop eating when you feel full. It also helps you visualise healthy activities, such as working out in the gym, as a feel-good experience. A source says: “She’s planning two more sessions. It’s specifically to stop her eating junk, so the hypnotist has been highlighting the bad effects of fat and how it can clog arteries and ruin her skin and is encouraging her to eat fruit and veg instead.

Control Your Desires In A Powerfully Natural Way With Hypnotherapy

“It’s curbed her appetite, but the hypnotist is also emphasising the importance of exercise. Before, Kerry grudgingly accepted she had to do it to stay in shape, but now she’s throwing herself into it with gusto. “Normally, when she goes to her mum Sue’s house, she has a curry or McDonald’s, but now she says she feels repulsed by the thought of eating McDonald’s and visualises the fat it contains – she’d rather eat carrots and houmous or fruit.”

The source adds: “She’s barely touching booze either and has been training every day. All her friends are amazed.” Pictured at the Royal Meridien Hotel in Dubai last week, the star was clearly loved-up with “soulmate” Steve, 34, whom she started dating in October. She’s made no secret recently of her desire to get married again and pals describe Kerry – mum to Molly, 10, Lilly-Sue, nine, Heidi, five, and son Max, three – as “blissfully happy.” 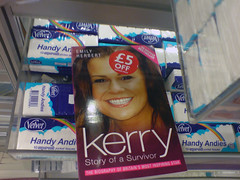 Though she recently denied they were engaged, she said last week: “I would marry Steve in a heartbeat if he ever asked me and I actually asked him twice to marry me on 29 February. But he didn’t respond and instead just made a joke of it, even though I was being sincere. I’m also very old-fashioned – I think it’s wrong for a woman to ask, but he’s missed his chance now, anyway!”

And she’s told pals the sunshine break has “cemented” their love and she’s confident he’ll propose soon. A source says: “For the last few weeks, all they’ve done is fawn over each other when they’re together and Tweet and text when they’re apart. “Steve is as smitten with her as she is with him and she is in no doubt she will have a ring on her finger soon. She couldn’t be happier and keeps saying she has to pinch herself to check it’s real.”

Currently thought to be meeting with her former Atomic Kitten bandmates to discuss their upcoming reunion, pals say Kerry is also focusing on a TV show about bootcamp – and helping other women benefit from it. An insider says: “A camera crew will follow them while Kerry helps them get fit and tackle their problems. She can’t wait to get stuck in. She’s never looked back since her own experience prompted her to finally leave Mark. “She’s just hoping she can keep her new body.” By Amy Swales>