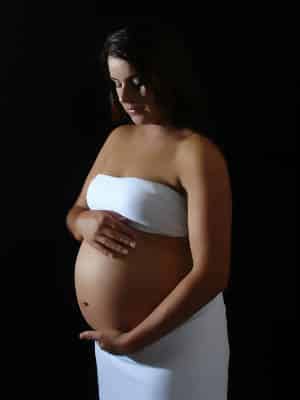 I wanted to share this article from The Guardian as I feel it completely misses the point of hypnosis and I wanted to redress the balance a little.

To focus on one small part of how hypnosis could help women manage labour in a more natural and drug free way and to say that hypnosis for birth as a whole has no evidence base is like saying because a car has a flat tyre it needs crushing and you have to buy a new one!

The evidence base for hypnosis is strong and getting stronger all the time. Researchers are more able to explore the field without being scorned by their peers for working in an area that, they believe, has no scientific validity.

“This hypnobirthing quackery shows profit has no place in healthcare”

Are You Struggling To Get Pregnant? Smoke Could Be To Blame

If you are looking for the evidence for the effectiveness of hypnosis it is here:

There have been studies confirming the claims that, compared to general population figures, hypnosis and self-hypnosis during childbirth leads to:

Evidence for the above is from: "Non-pharmacological Methods for Relief of Labor Pain". Obstetric Anesthesia Handbook: 85–93. 2010, "Nonpharmacological Means of Pain Relief for Labor and Delivery". International Anesthesiology Clinics 40 (4): 103–114. 2002 and Phillips-Moore, Julie (2012). "Birthing outcomes from an Australian HypnoBirthing programme". British Journal of Midwifery 20 (8): 558–564.

I think most women giving birth would want these as features of their birth, whether that is at home, in hospital or somewhere else. The Guardian, Thursday 21 March 2013

"What's the problem?", the NHS reformers always ask, cod innocence and superciliousness mingled in their faces. "Healthcare will still be free at the point of need." "Well," we counter, "these reforms mostly amount to a process of privatisation. Often, the private sector is not the bargain it's cracked up to be. Often its savings just come from cutting wages.

Often the private company is only cheaper until it's the only provider – then it is suddenly radically more expensive, but there's nothing you can do about it. Often it fails to build up and reward pro-social behaviour (a psych word for "kindness") in its staff, because paying them so little exhibits so little kindness towards them.

Often, often, often … but no, we can't prove it. We can't prove you'll ruin it until you've ruined it. "Conversely, the natal hypnotherapy wheeze is designed to spin profit for the hospital – Chelsea and Westminster "hope to make £8,000-£10,000 annually. This will be reinvested into maternity services at the trust, such as training for staff and volunteers and equipment for the wards."When did training staff and buying equipment become a bolt-on that you fundraised for with a hocus-pocus service for couples with more money than sense? Does it look to you as if they're downplaying the figure, given they deliver about 1,200 babies a year in a very affluent area? If half the parents signed up for the "treasure" experience, that would be more than £100,000. But I can also read, so I know that – contrary to the implied assertions of the weirdly worded press release – the evidence simply isn't there to support the claim that hypnosis results in "reduced need for drugs and intervention".

The largest and most recent study found no difference in the need for epidurals between the hypno-birthed mother and the regular mother. The consensus on PubMed, the US database of clinical effectiveness reviews, is a stern "more evidence required".