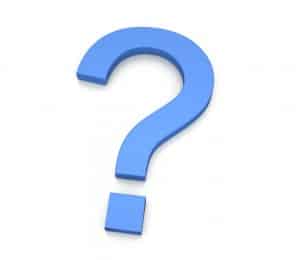 This is one of those questions about hypnosis that I get asked over and over so I thought a page about it on my website would help.

If you are short of time the quick answer is "yes, hypnotherapy does work" but there is a 'but'. Let me explain.

Hypnosis is a state of mind that we are all capable of achieving. In fact the vast majority of us do it several times a day without even realising it.

Have you ever had a daydream? Has time ever passed surprisingly quickly whilst you were doing something you enjoy? Have you ever driven a car and gone onto 'automatic pilot' and found yourself unsure of the journey you just made? If the answer is yes to any of those questions then you were in a trance.

Is an initial consultation just a scam for hypnotherapists to make more money?

It is a 100% natural process. You can drift into a trance, stay there for a split second through to hours and then come out the other side effortlessly easily.

So a trance state of mind is something that we are all biologically and psychologically capable of achieving. That state of mind can happen on its own or we can induce that frame of mind deliberately. In our past this hypnotic frame of mind was induced through staring into a fire or listening to drums.

These days many people frequently achieve this hypnotic frame of mind through things like yoga and meditation. The process of being capable of going into a trance or an altered frame of mind is proven to happen. That is beyond doubt. Something happens but there is some debate about about if this ability is what is being tapped into through hypnosis.

Some people firmly believe that no-one is ever hypnotised, that they are just pretending or playing a long. This is certainly one of the possible explanations of hypnosis and how it works. If people are playing along they are accepting the process and they are using their imagination to go with the suggestions that are being made to them. As they are doing this they may be imagining themselves as a non-smoker for example. Maybe they imagine themselves hating smoking and never wanting to do it again. Once the trance is brought to an end that experience of playing a long can stay with the person. If they enjoyed seeing themselves as a no-smoker then there is the chance that they will prefer this to smoking and as a result quit smoking.

Did hypnosis 'make' them stop? No. They experienced the alternative in their imagination and the imagination is a very powerful tool. It is possible that through experiencing the alternative ways of being that they could become more appealing as a result and lead to behaviour modification.

Is Hypnotherapy An Altered State Of Consciousness?

Through brain scans of people who have been put into a trance something very definitely happens to how we think while being hypnotised. Research from Hull University has shown this.https://news.bbc.co.uk/1/hi/health/8359170.stm Study leader Dr William McGeown, a lecturer in the department of psychology, said "This shows that the changes were due to hypnosis and not just simple relaxation. Our study shows hypnosis is real."

In this changed state of mind it is possible that the unconscious mind can be influenced through the power of suggestion, imagery, metaphors and the like and that this can then lead to alternative choices which could result in behaviour modification.

So DOES Hypnotherapy Work? 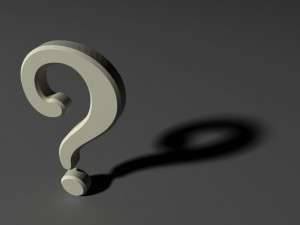 The answer is yes...and no. Some people undoubtedly have an experience during a hypnotic session which results in them able to change aspects of their thoughts and behaviour which they have been unable to change any other way despite years or even decades of trying the other approaches. Some people have a hypnotic experience but the change they desire does not materialise. There may be many reasons for the changes not happening but that is another post.

In my experience (which is unrepresentative) I have never had anyone unable to enter into a trance while working with me. Of those people the large majority have noticed some changes in how they think, act or feel. Those changes may be exactly what was desired. Sometime it may be only partial change. Sometime, in a minority of cases, there is no change at all. I do always work very hard to ensure as far as I am able to do so that every person I work with has the exact degree of change that they desire.