Is a hypnotic gastric band really the best way to change your weight? 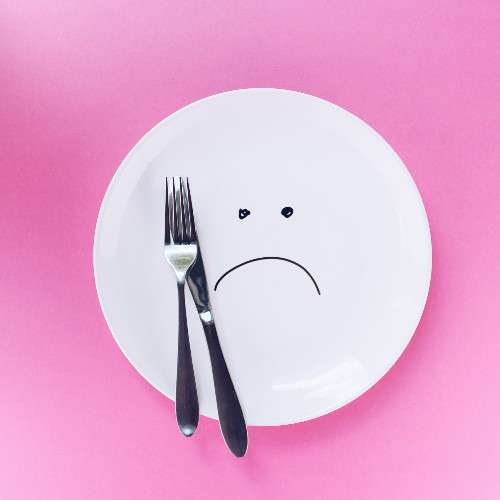 You will get the answers to these questions and more on this page. Read on!

You have probably heard about "hypnotic gastric bands" or "virtual gastric band hypnosis" and wondered what it was all about and more importantly if it could work for you.

Most of the people who find themselves on a page like this are overweight and struggling to manage their weight. Chances are you have tried countless diets, slimming world or weight watchers groups or slim-fast shakes but they often don't work.

So you go looking for something .... anything! .... that might make the difference. A hypnotic gastric band could be exactly what you have been looking for. I say "could" because it doesn't suit everyone and this page is all about helping you figure out if it is the right option for you and if it isn't what else you could try in order to gain control of your weight.

How is a hypnotic gastric band different to weight loss hypnotherapy?

Below you will find a compare and contrast of the two hypnotic approaches to weight loss.

Should you get a hypnotic gastric band?

Getting a hypnotic gastric band is often something that people look into because they have seen it on TV or heard about some celebrity who has had it done. Gemma Collins from TOWIE had a hypnotic gastric band and dropped 3.5 stone. She could almost certainly have done just as well with regular hypnosis for weight loss, got a more tailored approach and spent less money in the process in my opinion.

Don't do something just because a celebrity has had it done. Consider all the options. Think about what you genuinely need rather than because someone else did it. Do something because it is right for you. If you genuinely think a hypnotic gastric band provides what you need and want and you have found a therapist who you have rapport with then go for it. For the majority of people though there are better and cheaper alternatives.

What is gastric band hypnosis?

The general idea is that you are talked through the actual medical procedure that would happen if you got a real gastric band. Alongside the surgery replication are suggestions for eating slower, stopping when full, having smaller portions and that kind of thing.

The hypnotherapist will go into quite a lot of detail because when you are in a hypnotic trance this kind of detail helps the process to seem real (on one level) and the more real it seems the more likely you are to behave as if the actual surgery has been done.

There is no doubt that this approach has had some success in the past as the video lower down this page shows.

Are there different types of hypnotic gastric band?

The hypnotic gastric band has been around for a good few years and in that time various companies and individuals have created their own branding around the process.

As a result, there are several different names that are associated with the procedure. There is the "Mindband" or "hypno-band" or "virtual gastric band". Regardless of the name or brand name attached to it they are all pretty much the same thing.  This means that when deciding if gastric band hypnosis is right for you

Is the success experienced down to the imagined surgery or the suggestions for eating slower, changing attitudes and thoughts?

Val B.
My problem was weight loss and not having the motivation to do anything about it. I contacted Richard Hennessy and after one chat and one hypnosis session I was on my way. The actual hypnosis was nothing like I imagined. I thought I would go into a trance like in the movies!! I was totally aware of everything the... whole time and at the end felt completely relaxed. Before hypnosis I would eat because it was meal time regardless of whether I was hungry, but after, I only eat when I am hungry and I can leave food on my plate instead of clearing it - a flashback to childhood days when you couldn't leave the table until your plate was clear. I had one more recording from Richard, because I couldn't get to another appointment, and don't feel I need anymore. If I feel as if I am slipping back into old ways I listen to the recording and feel fine again. Richard provides a recording of all sessions to take away with you so its not like he is pressuring you to going back again and again.I would fully recommend him to anyone. Thankyou Richard!!read more

Liz D.
So, I'm sat in a bar at the other end of the country- on my OWN, food ordered and Rattlers cider going down nicely. I'll SLEEP well AGAIN tonight and be both RELAXED and at the same time EXCITED about the adventures ahead of me. 2weeks ago I cried at the thought of scaling a ladder; last week I climbed a playground... ladder and descended by the slide; TODAY I went scrambling round and jumping off rocks coasteering!! All this I'd say is testament to Richards fantastic work which has helped find more of 'me'. I now say 'I can'!!. Thanks Rich. I'm recommending you to everyone I know! :-Dread more

What are our qualifications to talk about virtual gastric bands?

Richard Hennessy, the principal hypnotherapist at Focused Hypnosis, has been working in the area of hypnotic weight control since 2008. He uses hypnosis and NLP as the main tools for helping people achieve their goals. He has helped some people to get some amazing results as his weight loss hypnosis reviews will attest to. He has also done the specific training in how to do a hypnotic gastric band.

The short answer is.... sometimes. The question is though, is it the gastric band part of the process that works or the hypnotic suggestions for portion control, slower eating, eating more mindfully etc? As far as Richard is aware, there doesn't seem to be much difference between hypnotic gastric therapy and weight loss hypnotherapy.

There are many hypnotic gastric band reviews out there and the results are stunning in some cases. A woman and her daughter lost 2 and 3 stone respectively in just 12 weeks. Equally, there are people who have had a similar or better degree of change from weight loss hypnotherapy that doesn't involve the 'surgery' side of things.

This means that it comes down to personal preference about which of the two methods you will use to tackle your weight.

There is no doubt that Paul McKenna has done wonders for the visibility and popularity of hypnosis. He is perhaps one of the most well known hypnotherapists in this country. There is an amazing thread on Netmums about how people have used the Paul McKenna hypnotic gastric band approach and dropped a huge amount if weight. It is rather scary from a health  point of view to hear how people dropped one stone in 2 weeks! This is an unsafe rate of weight loss and is not to be aspired to but many people still do.

If you are considering a hypnotic gastric band after reading this page then by all means try the Paul McKenna Gastric Band book and CD.

How much does a hypnotic gastric band cost?

The cost of a hypnotic gastric band is often a little higher than hypnosis for weight loss but prices often vary dramatically depending on the skill, training and experience of the hypnotherapist.

You can find a wide variety of prices for hypnotic gastric bands and varying degrees of complexity and authenticity as to how closely the process resembles the actual surgery. Some therapists use sound effects and even have the smell of antiseptic etc incorporated into the process.

Any weight loss takes a change in attitude. The hypnotic gastric band operation is focused on changing imagined capacity and the other parts of the treatment are designed to work on the beliefs and attitudes about food.

Hypnotherapy for weight loss is all about changing attitude. All the sessions are spent focusing on this rather than some on capacity and some on belief. It is very much dependent on the individual as to which approach will be most appropriate.