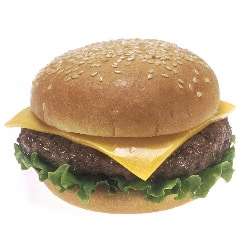 A Sydney resident weighs 300kg/47 stones and is looking to use hypnotherapy for weight loss to assist him in his attempt. Jordan Tirekidis is 44 years old and is looking at a very early death unless he can make some drastic lifestyle changes. He says that his problems with food began when he was 9 years old and had his tonsils removed.

In the time after this operation he was given sweet and sugary foods to eat and since then he hasn't stopped. On an average day he can eat : 10 hash browns with coffee for breakfast. Two big Macs with chips for lunch and tea is 4 Whopper burgers. Snacks between meals are usually cakes and buns and all this washed down with a litre of coke a day.

Obviously Jordan's huge weight causes all sorts of problems for him. His clothes size is 12XL and his clothes have to be custom made for him. Jordan is also incapable of standing on his own two feet for more than a few minutes because his weight is simply too much for his legs to handle. Jordan says he is "addicted" to sweet and unhealthy food is getting hypnotherapy to help him make the changes that could save his life.

While the details don't mention Jordan's blood pressure it is almost inevitable that his blood pressure is way too high which will put him at a hugely increased risk of a heart attack or stroke as a direct result of his weight.

"I have to do something about it because it's getting to me and I didn't want to die sitting in a chair," Mr Tirekidis said.

Jordan is working with Sydney hypnotherapist Mark Stevens and a team of nutritionists and fitness experts in his attempt to lose 200kg/31 stones.

Mr. Stevens says "I'll make sure Jordan never, ever, ever wants to touch a custard tart again."  This quote on one level sounds great because losing any weight will surely be good for Jordan but as a hypnotherapist myself I'm troubled by Mr. Stevens' choice of language. I would never "make" someone hate something. It is a LOT more effective to assist people to make the changes that THEY want to make.

Empower Change Rather Than Demand It

My approach is all about empowering people to change, not forcing them to.

Mr Stephens uses an aversion approach to weight loss which encourages Jordan to associate his favourite foods with bad smells and foul images, such as a rubbish tip or dog droppings. While this may sound like it could be effective it often isn't in the long-term. By taking a more positive and affirming approach it is possible to help people see their thoughts and actions in a different way and to associate positive things with the changes they desire.

By working this way I have helped many people to lose unwanted and unneeded weight and be happier and healthier.

Emotional Eating Is A Huge Issue

Jordan's problems began, he says, when he had his tonsils removed.  It is likely that this emotional event in Jordan's young life was scary and worrying. The sweet food could have been seen as the answer to pain and discomfort and through that association and the pursuit of happiness it has led to Jordan eating far too much of some of the most unhealthy food available. This kind of emotional eating affects thousands of people.

Hypnotherapy could be a lot more effective for Jordan if his hypnotherapist focused on changing these associations so that he was still able to gain reassurance and comfort but from something that was healthier.