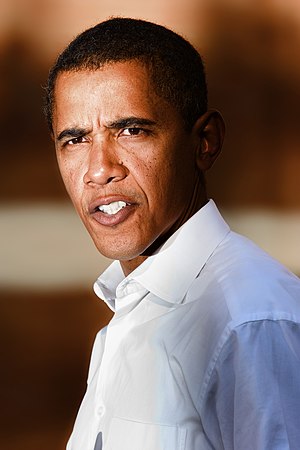 The Tea Party movement have just re-hashed an article that appeared just after Obama was sworn in as president of the United States of America. The Tea Party website claim Obama is using conversational hypnosis to make the people of America do things they don't want to do or don't realise they are doing.

They are attempting to re-whip up a frenzy about how Obama is manipulating people because that in their eyes seems to be the only explanation for his (initial) overwhelming support and success.

There is another explanation though. Maybe he is just using language effectively. Maybe he has the inteligence to use words of more than 3 syllables unlike some previous presidents (George Jr I'm looking at you now!) and maybe he talked about things people wanted to hear about in a way that was appealing and with intelligence.

Following on from Bush Jr who came out with such jems as "You teach a child to read, and he or her will be able to pass a literacy test." -Townsend, Tenn., Feb. 21, 2001 just makes Obama look even better! Obama is using his ability to debate, to discuss and to use language the way it was intended to be used.

There is no conspiracy, he isn't trying to turn everyone gay or liberal! He is trying to persuade people he has a plan that is worth following because it could do some good in people's lives. That isn't conversational hypnosis, it's called being a politician.

To look at how hypnosis could help you change aspects of how you think, act or feel call Focused Hypnosis in Sheffield today on 0114 383 0123